I recently visited Bath on the way home from holiday. Everyone told me about the costume museum but I had never been. Wow what a treat. They had some fantastic Georgian costumes which was the exhibition I had seen advertised. The period was just so extravagant, embroideries & frills & that was just the men’s jackets. The ladies court dresses were just amazing this was the period in history when the panniers on the sides of the dresses were so wide you couldn’t get through the doorway without turning sideways.  As you can see the embroidery was exquisite. 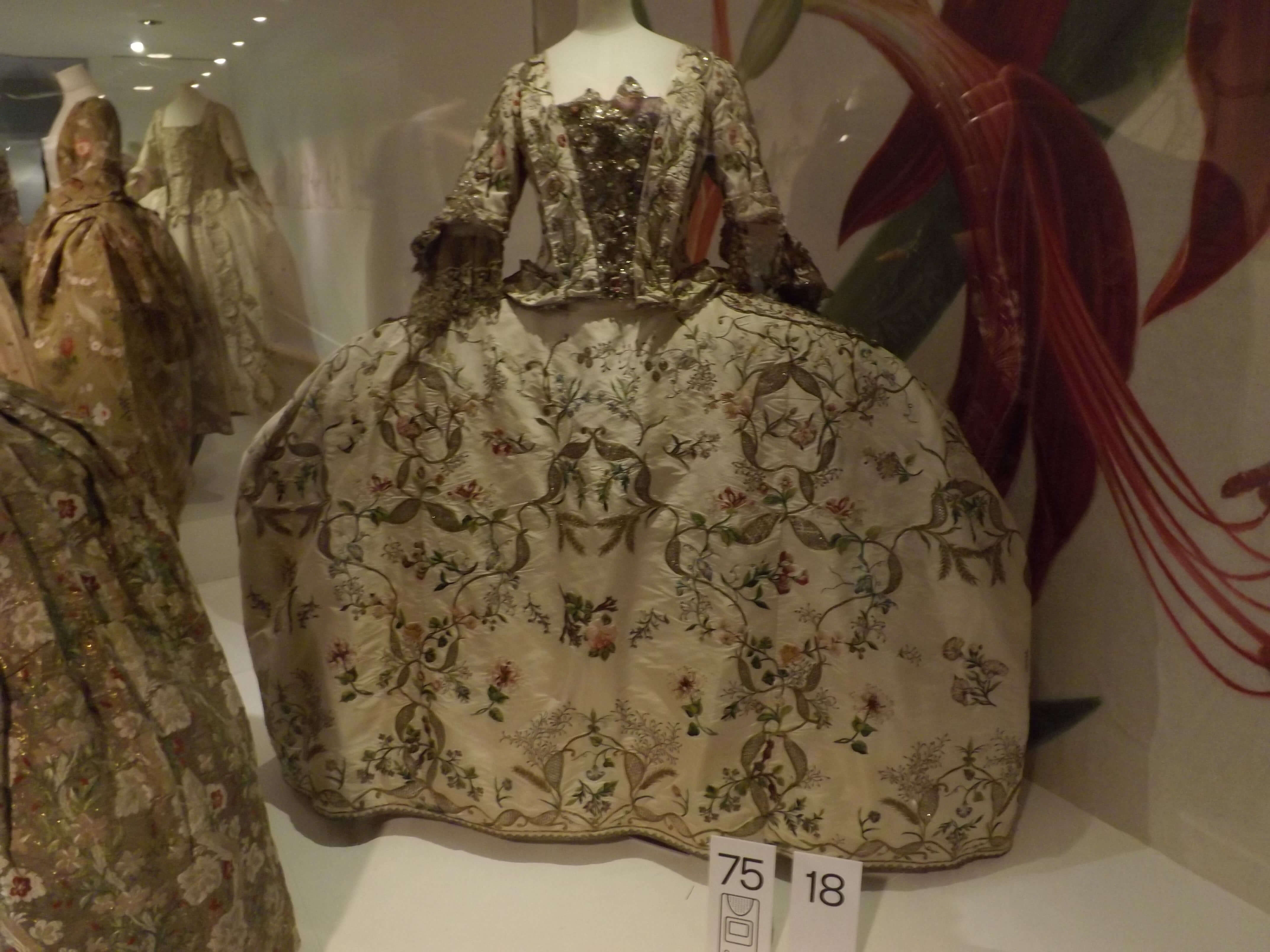 I was really enjoying the visit just looking at these dresses, but the best was yet to come. Part of the tour around the museum takes you in to the store area of the museum everything is behind glass but you can see all the boxes labelled up & some of the items are displayed. To my amazement there was a dress worn by Queen Victoria. Of course a black mourning dress which was as wide as it was long but quite beautifully made. My surprise was because I’d been to Osborne House in the Isle of Wight earlier on in the year & had been told that none of the Queen’s dresses had survived. Also in this section there was an original Worth evening dress. Again something I had never seen in real life. A notice also said that they had more of his gowns in their collection. These weren’t the only fascinating things, a collection of gloves were brilliant but the best of all Belville Sasoon had donated a full collection to the museum. One of my favourite dresses during the Diana era was the outfit she wore to go away after her wedding. I even recreated this outfit as an ascot outfit for my sister. There it was in front of me. 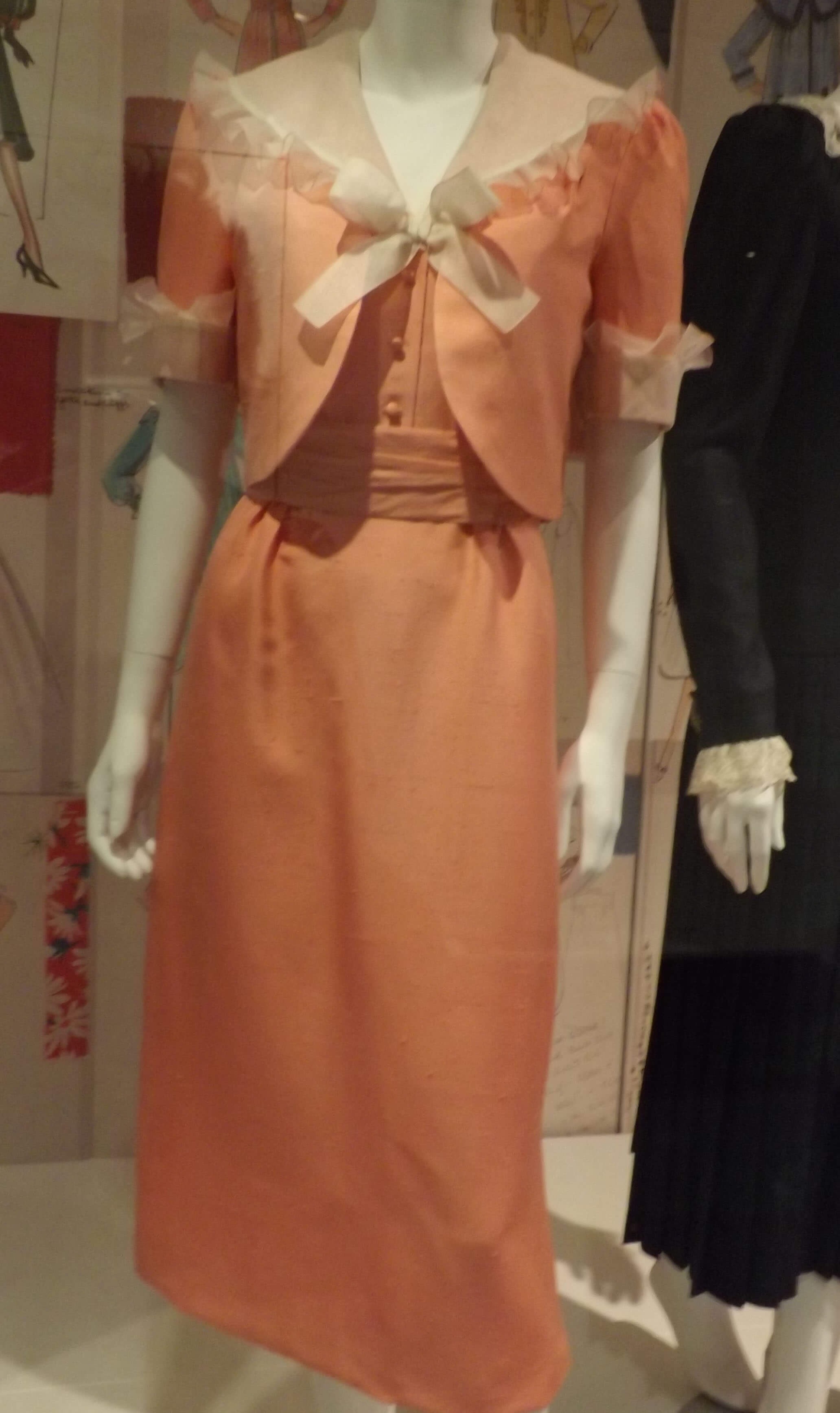 Another beautiful dress was this red one worn by Jerry Hall. The bias cut on the bodice & into the skirt is fantastic. Of course you would have to have the super model figure to carry it off but that doesn’t stop me drooling over the cut. 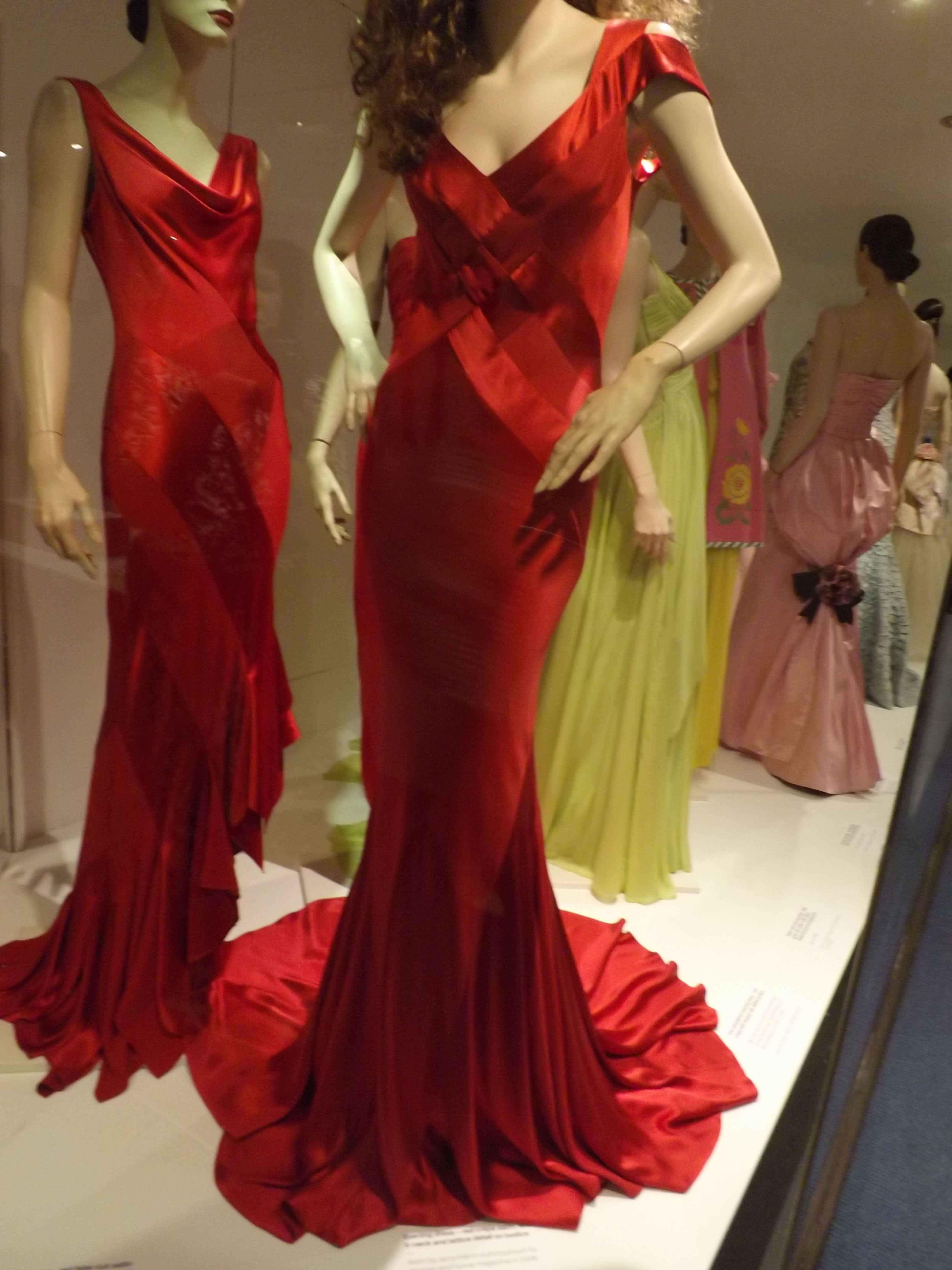 This is just a snapshot of the museum, they have lots of other stuff as well. I’m thinking about going back & arranging to see some more of the Worth gowns. They do have a service like most museums to see the costumes behind the scenes. If anyone else is interested let me know. If you do find yourself in Bath with nothing to do you can quite easily spend all day in there, & it’s well worth the trip.