For Christmas I was given the book Bespoke, Savile Row Ripped & Smoothed by Richard Anderson. He is the head of Richard Anderson Ltd. One of the tailoring houses on Savile Row. He started his career at Huntsmans one of the most famous establishments on Savile Row. I’m really enjoying the book as some of the things he got up to in the early days of his career were just the sort of thing I used to get up to when I first started in the tailoring industry. I started at a very much smaller establishment here in Leicester. We didn’t have the number of staff that they have in Savile Row but everything sounded very familer. The characters he describes could have come for the workroom I was in. I’d forgotten some of the words used in the industry for example mungo for scrap fabric. I’ve stopped using them to come inline with modern dressmaking terms. Maybe I should drop a few in to my classes or talks! 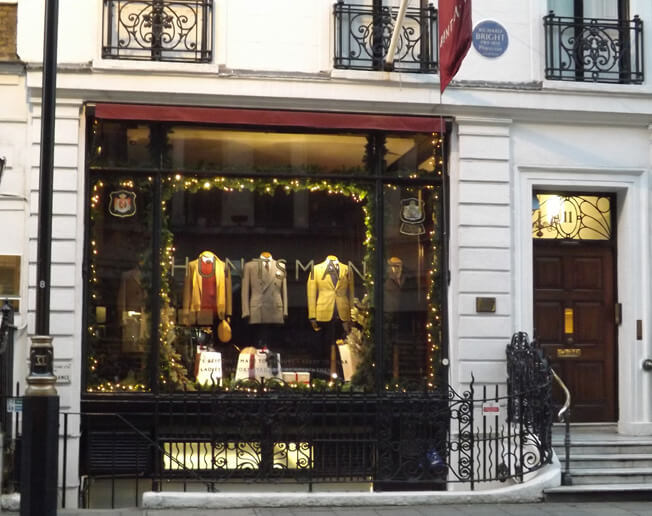 I have just after 30 years (I can’t believe it’s that long). Met up with the people I used to work with in the tailoring world. The firm I was trained at has just closed it’s doors after many years as the people still working there are retiring & there is no one to take the business on. This of course is very sad, but the number of people wanting or able to afford such quality clothing is going down. Most men are happy just to buy a suit off the peg, at the last minute for the special occasion they are going to. It was very surprising how much outside the tailoring world we all had in common. For instance, I hate anything which is chocolate flavoured, I know weird! but three of us out of ten also didn’t like chocolate flavouring. Another of the group has to sew every day as he gets twitchy if he doesn’t. I get up an hour early every morning so I can sew before I go to work. Another strange group of people I’m part of!

Anyway to get back to the New Year trip. We went to London for three days. With the prompting of the book, I decided to make a trip to Savile Row. I’ve read so much about the place & the history of it is something I have talked about endlessly to students, but it’s somewhere I have never been to. I had to look up exactly where is was, & as usual with London was very surprised as to how close it is to where I know very well. We were on a bus trip & we were dropped off in Park Lane. So as is natural for us in London we hit Oxford Street. Window shopping & gossiping about everyone coming towards us as we went. We soon got to Regent Street, now was my opportunity a quick right & left & there we were. Savile Row. How can anyone get so excited just from walking along a street? We walked up one side & down the other, stopping at each shop to admire the workmanship of the jackets in the window. All the famous tailoring names were there. Huntsmans, Henry Poole, Scabal, Norton & Sons,  Hardy Amis. Cloth suppliers such as Holland & Sherry & Richard James. As you can see I had my camera with me. It was getting quite late on in the afternoon by the time I took these but I think you get the flavour of the street. 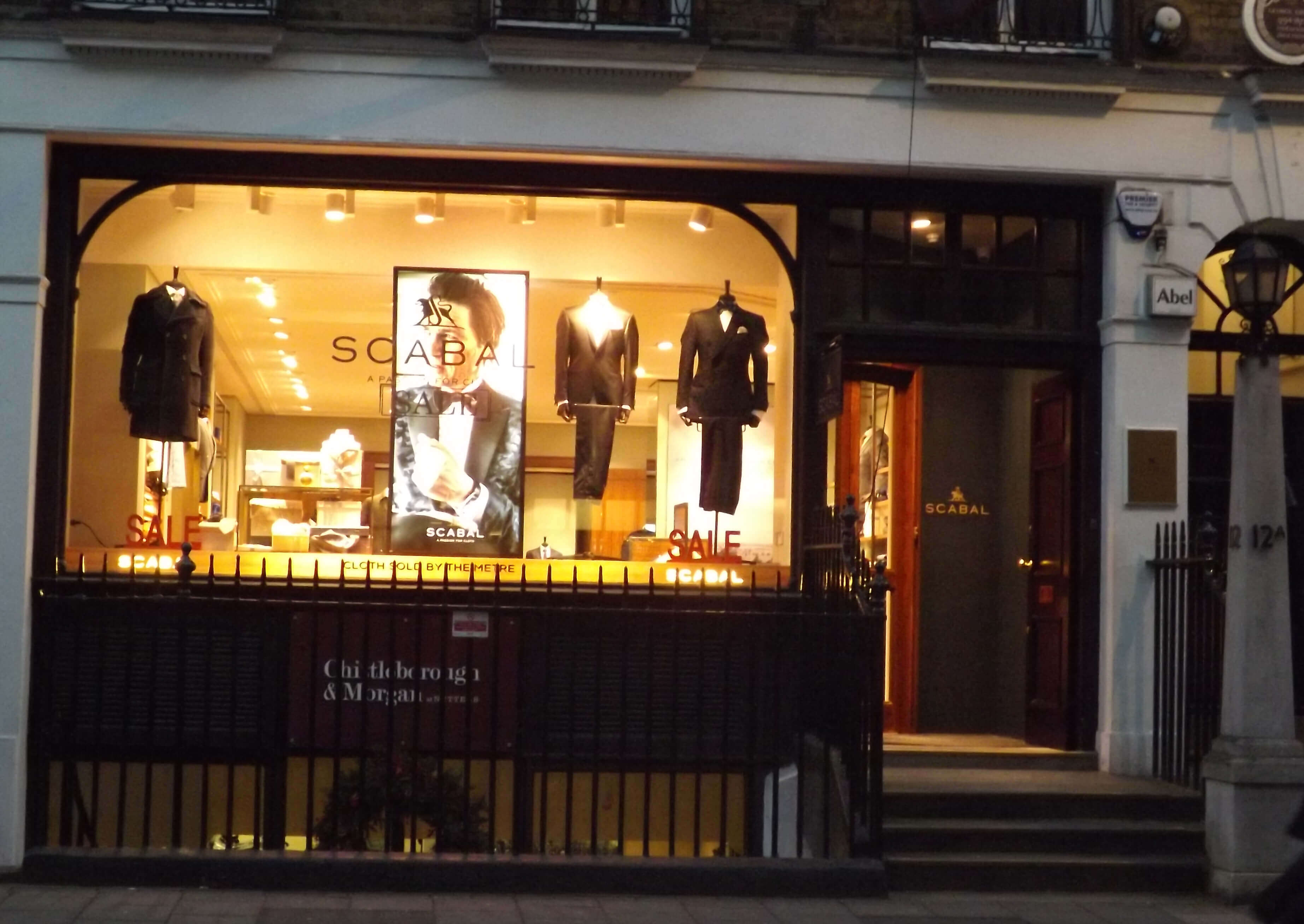 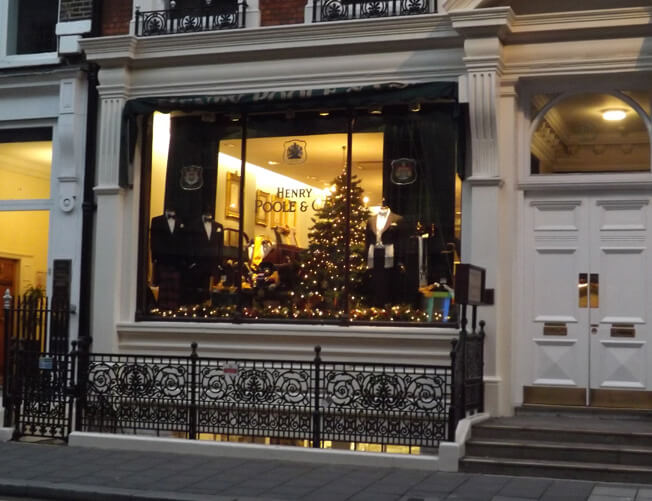 You can just about make out from the photo’s the basement  lights underneath the showrooms. As you walk along the Row you can look down & see the tailors at work. We saw some hand stitching going on & a man machining a shirt with all its canvases. The side of the road in the pictures is the most picturesque as they are the oldest buildings. The other side of the road are more modern buildings which were built after the war as Savile Row was hit by three bombs during the blitz. I throughly enjoyed my little trip down memory lane & seeing all the names of tailors & fabric etc. which I’d been used to hearing & working with. If you happen to be in London just pop around to Savile Row & have a look at quality sewing at it’s best.