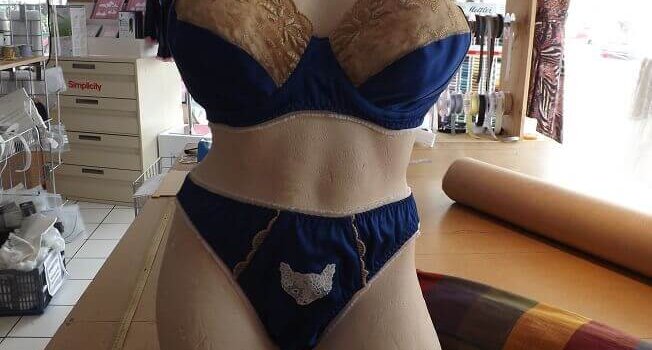 As some of you will know in our house we are sports mad. So when the local newspaper set up a campaign #backing the blues to support Leicester City in their bid to win the premiership title I was all for it. So I set about making a bra & knickers set in the club colours. 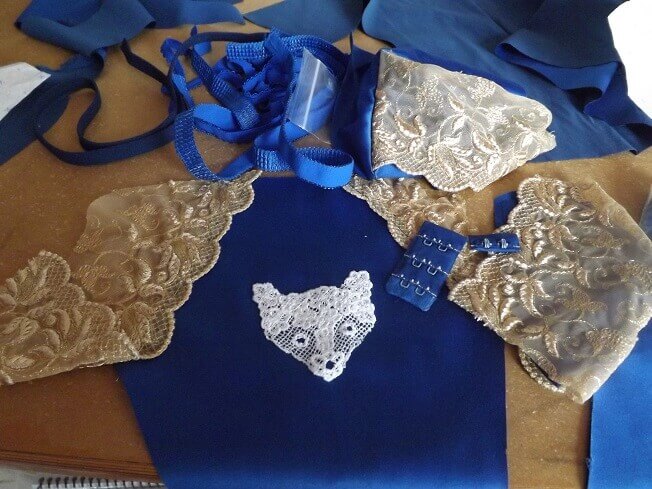 I decided to use the stretch satin out of the shop. Then I raided my stash at home to find most of the elastics, strapping etc. The beautiful Foxes head lace motif was made for me by Jayne Childs of J. C. Middlebrook.   Some of you will remember Jayne, she used to work at the Husqvarna studio in Nottingham. She now makes beautiful lace jewellery. When I had all the bits & pieces together I had to decide on the design & get the lace positioned.

The process  of decision making takes me longer to do than the actual making up of the underwear. As I was making this lingerie my mind was working on the shop window display which this lingerie was going to be the centre piece of. Something then sprang to mind. In the mid 1970’s my Mum knitted a cardigan for me when I was football mad. I hadn’t seen it for years but after looking in our loft I found it. 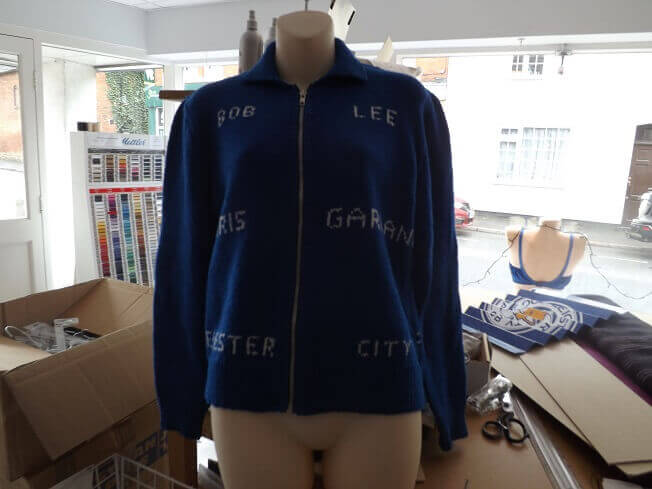 She very carefully knitted into the cardigan all the names of the players in the team at the time. My favourite two were on the front along with the club name & all the rest on the back. I remember her trying to fit in the names as some of them were rather long & we were almost forced to make a larger jumper to fit them in. She had just finished knitting this when a friend of mine saw it & commissioned her to make him one. She duly obliged I don’t know what happened to the other one but this one now has pride of place in the window. This wasn’t the only thing Mum did to support Leicester City. When I was very young my parents had an off licence & Leicester got into the final of the FA Cup. Mum decided to decorate the shop window she made a replica of the FA Cup out of cardboard & tin foil, & put balloons & streamers in the club colours. My Dad managed to blag himself a ticket & left her to look after two kids & the off licence, whilst he went to Wembley for the day. My Mum not being fazed by this at all kept my sister & I occupied all day watching the TV looking out for my Dad in the crowd, there was only about 70,000 people there & I still can’t work out how we managed not to see him!!! 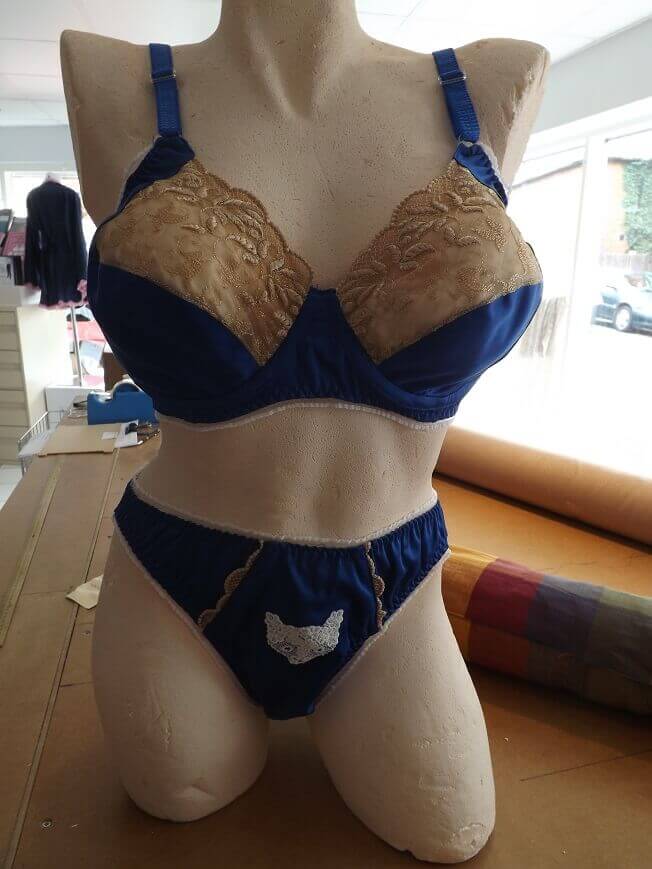 So following in her footsteps, here is my effort Designer bra & knickers in the club colours. They are made to fit my sister who is a football mad season ticket holder & hasn’t missed a match at the King Power stadium this season. Hopefully she will wear them afterwards. I’ll post a photo of the completed shop window as soon as it stops raining & I can take a good photo.  I just hope they bring us more luck than Mums shop window did. We lost that cup final but I have everything crossed for being crowned Premiership champions this season.

Here at last the picture of the decorated window with this bra & knickers at the centre. 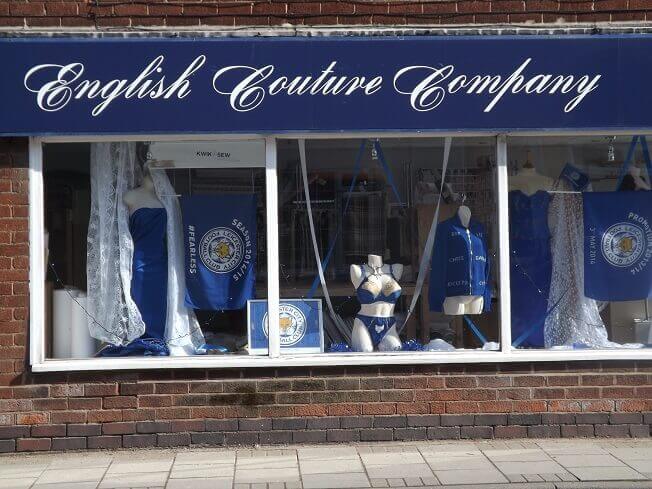