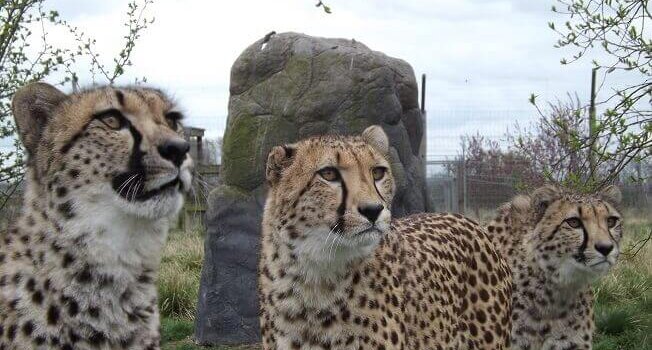 Last Friday I sneaked a day off from the shop. I had booked a photography course at Hammerton Zoo in Cambridgeshire. We started out bright & early to get to this fantastic little zoo. After a brief safety talk where we had to sign a waiver form, (just in case we got eaten by any of the animals)! & a check on the settings of our cameras we were allowed out into the Zoo. The first animals we went behind the scenes to see were the cheetahs. There was five in the enclosure we were at I’ve never been this close to a cheetah before so didn’t realise how beautiful the markings are. We had a keeper with us all day feeding the animals so we could get good shots we were very close to the wire netting so close that at some points my lens was through the netting. We were warned about trying to watch all five. This is the photo I took when I got a bit too close to one of them. 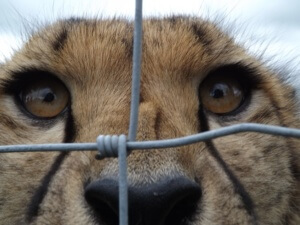 If you zoom in  you can see my reflection in his eyes. I stepped back a bit after that! As with all the big cats Cheetahs have that face that they use to make you want to stroke them. Can you resist this face? 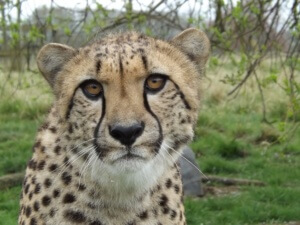 We spent quite a long time with the cheetahs but did photograph a lot more animals including this Maned Wolf who was called Jack. He looks as if he is smiling in this picture but he had just devoured his lunch of raw meat. The Serval cats look very cute as well but they like hissing at everything as well. 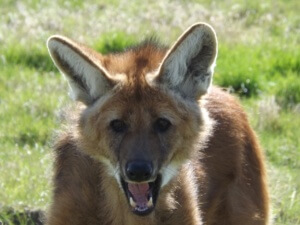 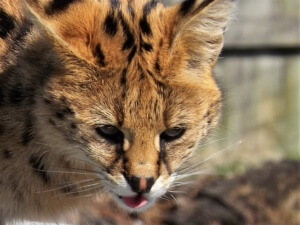 We weren’t allowed to do close photography of the White Tigers as they are quite aggressive but we got very close & them pacing up & down waiting to be fed huffing to one another certainly sent a chill down my spine. I did get this picture a bit later on which is totally opposite to what I just said. 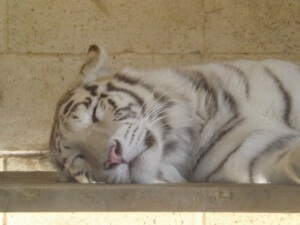 The highlight & as we were told when we went in to the back of the enclosure the most dangerous part of the day was photographing the Male Malaysian Tiger. In this picture he again looks just like your domestic cat having a wash after lunch. Believe me he wasn’t this calm when we went in. 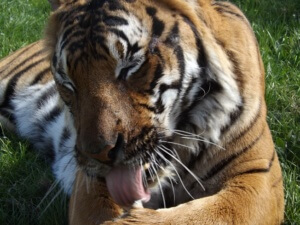 I’m sure you must all be bored with seeing the photos by now. I do have about 430 altogether!  So just to sum up we had a great day out! Not an item of clothing or sewing machine in sight although the Tiger was called Zip!!