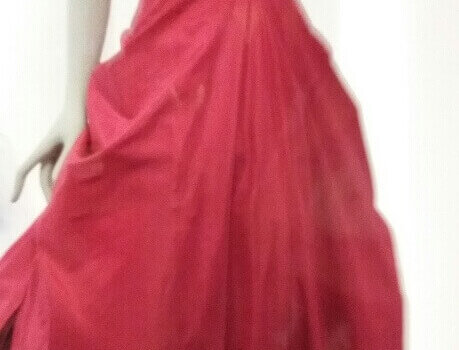 Balenciaga Exhibition at the V & A

Balenciaga Exhibition at the V & A

Last week when I was on holiday I went down to London for a couple of days.  Whilst I was there I visited my second home, the V & A museum to see their latest exhibition on the fashion designer Balenciaga.

If you get the chance to see this exhibition it is worth the trip. His designs are amazing some of the shapes he came up with don’t seem possible but they work. For once the museum let you take photo’s having been there several times before dragging my camera with me, only to be told no photos I only had my phone camera with me. I took lots of pictures but some of them are not that good. I’ll share with you the best ones.

It was a great exhibition as far as I was concerned as it showed stages of construction sketches & in some cases the insides of the dresses as well as the finished article. There are even x-ray photos of some of the dresses showing the support inside the dresses. The following photos show the stages of one of his dresses. Sorry about the quality of the photo of the finished back. 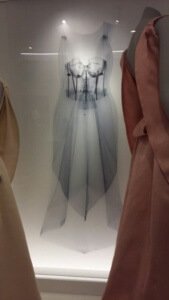 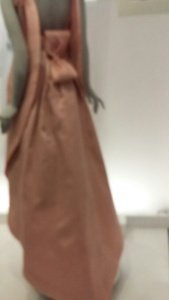 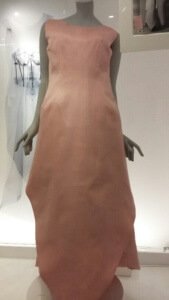 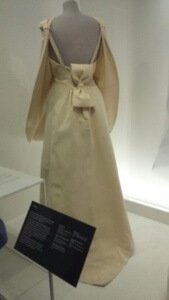 There was also a video all about the cutting of the patttern. If you have done my Extreme Pattern Drafting course this will be of interest to you.

I couldn’t believe it when I got to this case. The corselette underneath this dress is exactly the corselette we do on my Couture Corselette course. 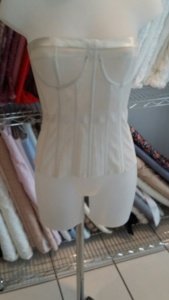 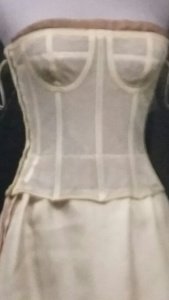 I did do some research at the museum before I did the course but Balenciaga was not one of the designers I looked at.

Of course he is well known for his tailoring skills. So I was very attracted to these suits. 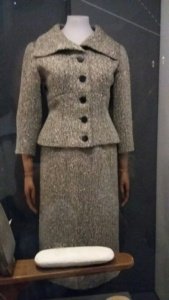 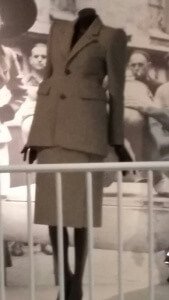 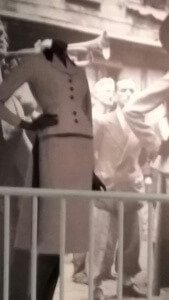 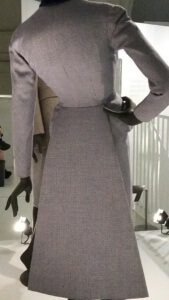 The one thing that I was very surprised about was his toilles for fitting. He only made half a toille. Now obviously it worked for him but I don’t quite know how you can make something if you don’t fit both sides. I know some of the ladies I have fitted recently would not have been happy with half a toille as one side of them was totally different to the other. I suppose in his day we didn’t have operations to replace joints which does make the body a bit distorted. I shouldn’t question him but I will only be fitting a full toille on my courses. 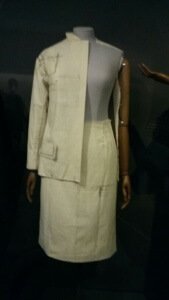 There are lots of other designers featured in the upstairs gallery who either worked for him or were inspired by him. I really enjoyed this exhibition which runs until February next year.