Day 2 At the NEC Sewing for Pleasure

Day two of the Sewing for Pleasure exhibition.

We started the day off today by arriving early so we could go shopping before the show opened (one of the perks of the job!). It turns out it wasn’t me that needed blinkers but Wendy. She ended up with two pieces of fabric, two new knitting patterns and wool for a jumper. I guess I’ll have to stop her going off the stand.

The challenge is not going very well as I am spending lots of time speaking to people. Existing students as well as new people that interested in the courses. Still that’s what we are at the show for! So far I have made two bra’s and three pairs of knickers. I have got to go home tonight and get some cotton for one set that I have the fabric for, as I opened up the pack and found that we had not brought the cotton to sew them with. 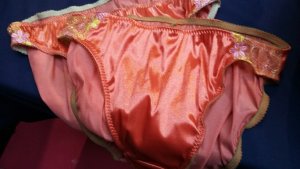 If you are coming to the show there is a fantastic Kimono Through The Ages exhibition which is a must see. The Kimono’s are exquisite. The different types and the explanations with them is fascinating. I’ve been given permission to take photo’s. So I’ll be going in before it opens tomorrow to get snapping.

We look forward to seeing anybody who is at the show tomorrow, don’t forget to pop along and say hello.