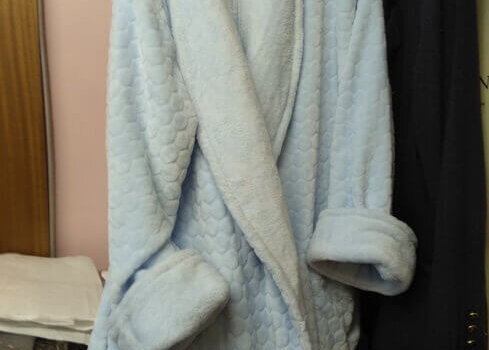 After seeing the weather forecast last week for the weekend, we decided to have a sewing weekend. We planned all the meals, got in anything we needed from the shops, made sure I posted the birthday cards that I should have sent & paid the newspaper bill. This meant that we didn’t need to go out all weekend. Such a comforting thought as it was so cold. We didn’t have any snow, but it was freezing cold.

On Saturday morning, we got up at a reasonable time, had a leisurely breakfast, prepared the stew for lunch & got showered & ready for action. By 10am we were sewing. Great, we could sew all day until the England rugby match started a 4.45pm. I did a couple of jobs that needed finishing before cutting out a bra. Wendy resumed work on a sweatshirt she had started the last time we had a sewing day. At 11.30, we decided that we deserved a tea break. We made tea & coffee & sat with our feet up for 20mins.

Then back to work, this is where things started to go wrong. We had just gone back to work when the doorbell rang. When we opened the door, we saw our cousin & his wife brandishing a bag from a very expensive clothes shop. Their daughter is getting married in April & the bag contained the dress for the mother of the bride, which didn’t fit. So I had to try to sort it out. An hour & a half later they finally went, leaving the dress with me. By that time the stew in the oven was a bit overcooked, so I made some dumplings & did some potatoes, we ate a nice lunch. Finishing off with another cup of tea. We had just made up our minds to get up & start again when, the doorbell rang again.

Standing on the doorstep this time was a friend. Her first words as she came through the door were ‘I’m not stopping’ She wanted to ask me to cut out a kit she had bought to do some applique. She hadn’t brought it with her, but I agreed to do it. Of course, she stayed a while just to catch up. By the time she left, we had 10mins to rush around & get settled to watch the Rugby.

Sunday was a little bit more settled, but Wendy was going out to a football match. So, we again got up & sorted ourselves out. She finished the sweatshirt & we cut out a dressing gown for her. The fabric, was a pale blue fur fabric which we bought at the NEC a few years ago. We tried to work out how long ago it was but gave up after going back 4 years. It made a complete mess in the workroom & all the bit’s stuck to the socks I was wearing & trailed all the way up the stairs. Whilst she was at the football, I almost made the dressing gown for her, as you can see from the picture. (The sleeves are the same length, it’s the crazy angle I took the photo from that makes it look wrong). 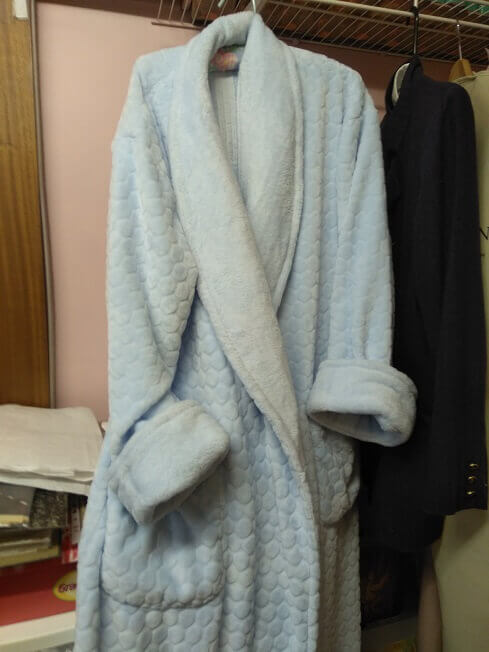 It just needs a tie belt & hand finishing. I have almost finished the bra I started as well. 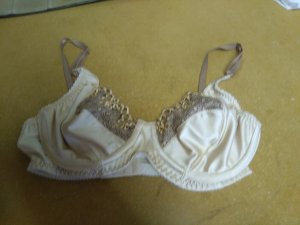 So, all in all not quite the weekend, I planned but at least I got something done!