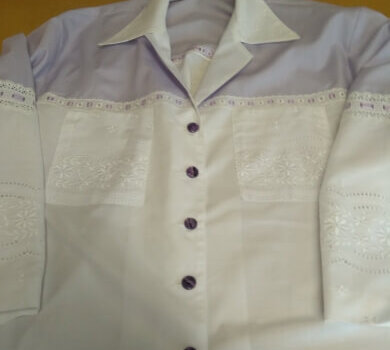 How Long can you Wear a Dressing Gown for?

I’m getting very fed up with so called celebrities banging on about not buying clothes to save the planet, I know those of us who sew have been doing this for years. I can’t remember the last time I actually went into a shop to buy clothing. I then started to think about how long we keep our clothes. When you make something & invest time making it, the garment becomes a bit more valuable to you & throwing it away after a couple of wears is not an option.

Just before Christmas I was looking for some scraps of fabric for a sample for a course & came across the leftovers of my favourite towelling dressing gown. The scraps were obviously the original colour, which was cream. The dressing gown however is now a mucky off-white colour as it has been worn so often. I had already decided to replace it but was having problems getting nice towelling which didn’t cost the earth. I then spotted on the dressing gown that the band around the edge of the kimono style dressing gown had worn through to thread bare. It has to be replaced, but how long had I had this dressing gown. I know I have worn it almost all the time as it’s cosy & warm in the winter & cool in the Summer because of the fabric. The nearest I can get to the date I made it was twenty years ago. I made it when I redecorated my bedroom & changed the colour to Cream & lavender.

I couldn’t believe that was right, but it is. So, that started me thinking about other things I’ve made & how long ago it was. I have a couple of suits which I made together. One was done using traditional methods & the other was speed tailored. I wrote a blog all about it. I consider these suits as new ones. I finished them in September 2017. Another shirt which I regularly wear in the Summer is made from Swiss cotton which I bought in Switzerland about ten years ago. I couldn’t wait to make it up & made it as soon as we got back from the holiday. It just goes to show, when something is made properly, how long it will last. I always use interfacings inside all my garments & this protects the fabric from wear. I could go on but I’m sure you have the picture & I expect you have your own examples.

Since the New Year, I’ve been making underwear & nightwear for myself. The photo shows the pyjamas I’ve just finished. I hope they will last a long time. I have now tracked down some towelling for a new dressing gown. This time I’m going to have a peach coloured one. I’ve bought plenty, so I can make more than one. So that should be me set for a lifetime of towelling dressing gowns! 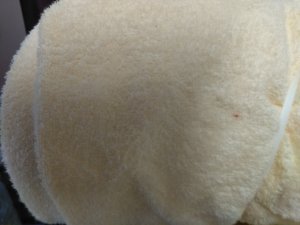